Dear friends,
It seems we are slowly gaining back some freedom which has encouraged us to restart some of our U-NITE activities.
We will begin this new season with an intimate House Concert on Saturday, 26th March 19h30 at Esra & Ian’s house in Tervuren/Wezembeek-Oppem.
If you would like to join us please don’t hesitate too long and reserve your place(s) by sending an email to info@u-nite.be
The concert will be for free, however, we will pass around a hat and count on your generosity to help us pay the artists, drinks and organisation.
The performing artists will be:
HAVAN aka Hanne Dollery-Vanhyfte
HAVAN is part of the U-NITE tribe, currently studies music in Ghent and just released her 1st single called “Revolutionary changes Part 1”, that you can discover by clicking the music link.
A more acoustic HAVAN can be discovered by clicking the video link.
Video link
Music link
and
ELI GOFFA
Eli Goffa is a project of Elie De Prijcker from Sint-Niklaas (BE). He grew up with dad’s record collection from the sixties and seventies, you can hear that from his fragile but also powerful self-written songs inspired by CSN&Y, José Gonzales, Blind Faith or Ray Lamontagne.

He has been playing the guitar since childhood and has an impressive performance, which did not go unnoticed when he surprised the jury in the Voice van Vlaanderen (2014), garnered a standing ovation with his portrayal of Neil Young and made it to the semi-finals.

Eli Goffa has done support acts for Hooverphonic, Bent Van Looy, Paul Weller, Novastar and Frances, and has performed at large and smaller festivals in Belgium and the Netherlands. In 2017 his singles were in the Belgian playlist of Radio 1 and Radio 2 for ten weeks, in 2018 his single “How” bout a little love “was in the Dutch playlist of NPORadio 5 and NPORadio 1 where he could be heard daily.

At the end of 2017 his first album ‘Written in the stars’ was released on which he worked with producer David Poltrock. That year Het Depot (Leuven) appointed him ‘Artist In Residence’. In 2018 Eli won the ‘Exposure Music Awards’ and consequently played a showcase in London.

Video link
Website link
We hope to see you! 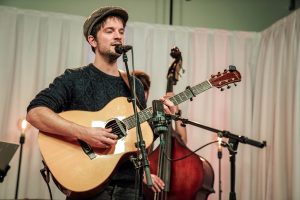 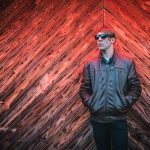